Skip to content
GURUGRAM: Affordable housing projects have come under the scanner of the department of town and country planning (DTCP) in the wake of complaints that many developers have been demanding a premium from potential homebuyers in the name of assured allotment.

“It has come to our notice that some developers are charging from buyers over and above the allotment rate fixed by the government under the affordable group housing policy. We have directed DTP (enforcement) to take necessary action,” senior town planner (STP) Sanjeev Mann told TOI. 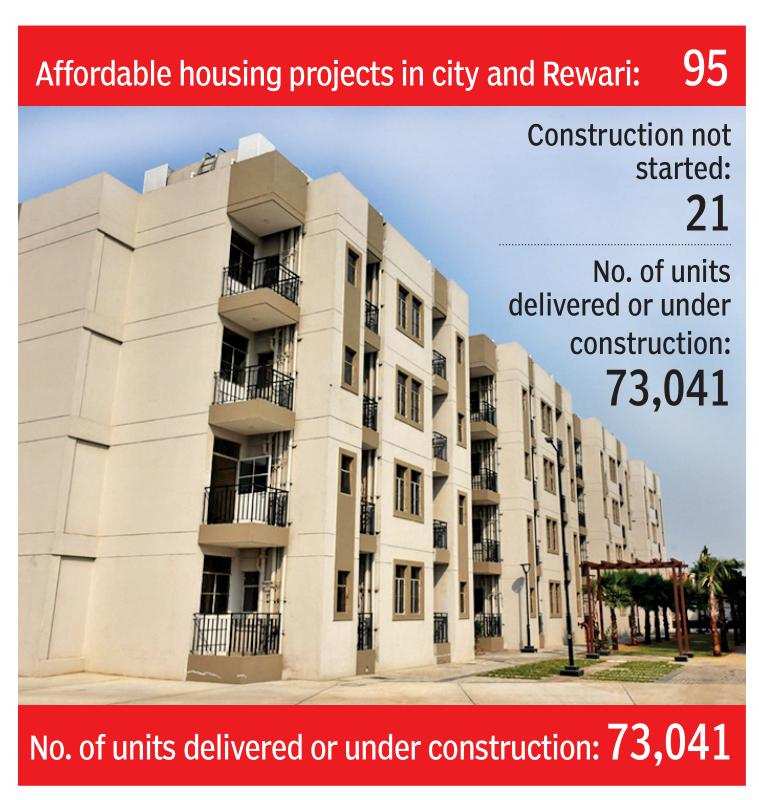 “We are also going to write to all developers who are working in the affordable housing segment to share the details of units they are developing, how many of them have been allotted and number still lying unsold,” said Mann. “There are enough units available in the market and people need not pay more for the same.”

In fact, state government has given licences for development of 95 affordable housing projects in Gurugram and Rewari, of which 91 are in Gurugram.